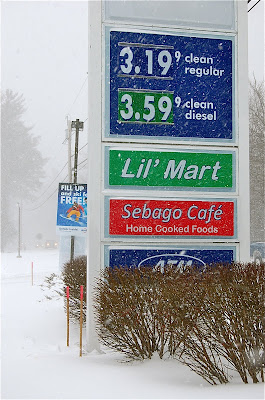 Yesterday, I thought I take a trip into the city to get some storm shots. Got as far as the main drag, grabbed a coffee and a slice of breakfast pizza, thought better of it and headed home. I really didn't want to get caught in a major traffic jam coming home. Two to three hours in a car in some major snow would not be a fun way to end the afternoon. So, it ended up an afternoon on the couch watching a Laurel and Hardy film fest on TCM. I'm addicted to them! It was 24 hours of hilarity. I could watch them for hours. Hey, I did!
btw- We got 15 inches at the back door.
Posted by Birdman at 4:28 AM