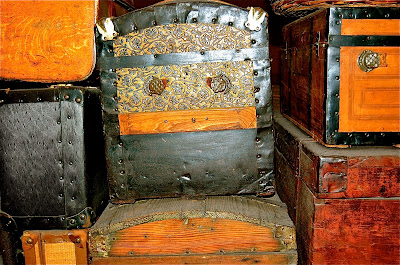 We spent Thanksgiving with family in northern New Jersey. Our plan was to hit NYC both Friday and Saturday and play the tourist, and we weren't disappointed. Friday afternoon, we toured the Ellis Island Museum at the mouth of the Hudson River. From January 1, 1892-1954 Ellis Island was the nation's premier immigration station. Over 12 million immigrant steamship passengers passed through its doors. They say over 40 percent of our country's population can trace a member of their family, who first set foot in this country, here. I especially enjoyed the photo essay of the deserted buildings and their contents photographed in the late 50's and 60's. Looking at the pictures, it was as if the buildings were left like a ghost town, with all the items left exactly as they appeared that last day in '54. It was a humbling afternoon moving through the rooms and great hall. As I moved from area to area, room to room, I felt that the walls held an overwhelming 'stillness' of many faces.